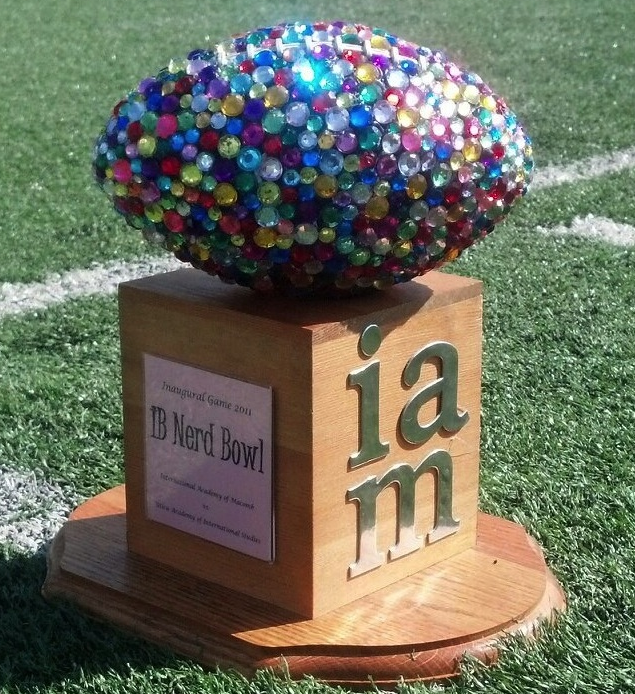 Clinton Township- Saturday, September 12, 2015 - The International Academy of Macomb played against the Utica Academy for International Studies in the 5th annual Powder Puff IB Nerd Bowl. Macomb County's only two International Baccalaureate programs planned the event to encourage school spirit, friendly rivalry, and to raise money for charity. Each school began the day with a tailgate, inviting students and their families to enjoy food and music before the game began at 2:00 pm. Students from both schools decorated the stands at Chippewa Valley High School where more than 500 fans watched the game. During half-time, the schools announced their respective homecoming courts. In the tradition of powder puff role reversal the boys performed cheerleading routines while the girls played flag football. The final score of the game was IAM 32 and UAIS 12 and put the IAM ahead 3 games to 2 in the series that is now five years old. The event raised over $2000 for charity.